skip to main | skip to sidebar

Zoe Krahmalnikova born January 14, 1929 in Kharkov (Ukraine).  Her parents divorced early, and she was brought up by her stepfather.  But in 1936, at the height of Stalin's purges, he was arrested, and Zoe stayed with her mother.  After graduating in 1954 from the Literary Institute in Moscow, the Institute of World Literature of the Academy of Sciences of the USSR, she worked in the publishing houses: in the "Soviet writer," in the "Young Guard," and in the "Literary Gazette".

In 1960 - 1970's of Zoe Krahmalnikova's published as a critic in the leading literary magazines - "New World", "Standard", "The Young Guard", and the "Literary Gazette" - the organ of the Union of Soviet Writers.  In 1967 she defended her thesis.  Was the Institute of World Literature, senior researcher at the Institute of Sociology, later - the Institute of Philosophy.

But this is all external milestones of her biography, her inner life was developed by completely different laws.  In the early 70's Zoe came to the Faith [from Judiasm].  In 1971, she was baptized Orthodox.  In 1974, when this was learned, she was fired from her job and was not allowed to publish in the Soviet Union.

In 1976, Zoe Krahmalnikova began publishing a samizdat [underground] magazine "Hope" with the subtitle - "Christian reading."  Russia was in a pre-revolutionary church magazine - "Christian reading", and that this new edition continued the old tradition.  It was a historical and educational and spiritual and educational collection, at first - typed, and then he was reprinted abroad, in Frankfurt, in the emigre publishing house "seeding".  Issues of "Hope" were in a small-format book yellow, but each of them had more than 300-400 pages.  In secret ways they were then brought in the USSR.

Generally religious "samizdat" pulications at that time were much more rare than the "samizdat" that was civic, social or political.  But here in the parish of. Alexander I, in which I was, in the 70's - 80's religious "self-publishing" and "tamizdat" (ie books published abroad) were very common, but only secret publishing - it is not advertised, so not to be found by the authorities.

On the back of the title "Hope" was printed an announcement:

Hope collects little known in Russia works of the Holy Fathers, the spiritual teachings of Orthodox pastors, evidence of life in Christ, the stories appeal to faith, tells about the fate of the Russian saints, ascetics, saints, martyrs, develops some problems of modern Christian culture in Russia, and publishes poetry, short stories, memoirs, etc. Hope - the only and unique Christian Reading that exists in Russia today. Hope can only be a missionary edition, carries on the donations of the faithful. Edition Hope who would it is not taken, can not pursue any commercial purposes or political. Readers of Hope asking Christians around the world to support the publication and distribution of Christian reading, preaching the word of God to those who are looking and waiting for him.
Compiled by Zoe Krahmalnikova.

She did not consider it possible to hide under a pseudonym,  even though this book was calling the regime "atheist".

In addition to the works of the Fathers of the Church, there were messages and teachings of Russian new martyrs (including letters referring to priests and laity), the magazine published and modern works on Orthodox theology, sermons by Dmitry Dudko, then - a dissident church (it was he who baptized Zoe), as well as articles on the most Zoe Orthodox culture and its stories.

August 4, 1982, after the tenth issue of "Hope", Zoe Krahmalnikova was arrested.  She was accused of the compilation and transfer to the West of religious articles, writing or signing letters in support of dissident Tatyana Velikanova and Dmitry Dudko Dudko distribution of the book "On our hope." 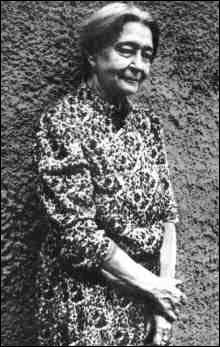 Zoe Krahmalnikova pleaded not guilty.  In her final statement to the court, she said: "The emergence of Hope was not my merit, not my fault, I just tried to restore what had been dangling sixty years ago.   God would have it, Christian reading resumed here in the Russian land that has been baptized a thousand years ago, and if I do not, then the job would be fulfilled by someone else.  Hope was made for the faithful, for all who seek the Word of God, and therefore the publication of these books in one way or another publishing house abroad, there is no crime ... Rejoice, and do not worry, because in all the will of God ... Thank God for everything."

April 1, 1983 the Moscow City Court sentenced for political Zoe Krahmalnikovu Article 70 of the Criminal Code to one year in jail and five years of exile.  She is credited with "anti-Soviet agitation and propaganda to undermine Soviet power."  With the deadline imposed in prison during the investigation, it almost immediately went into exile in the Gorno-Altai region, in the village of Ust-Kan.  She wrote out in his letter: "Compromise deprived of spiritual power.  Instead, he promises to security and prosperity, promising comfort and happiness, relative, of course, luck and there, and there.  And in the world, and in Christianity."  In her opinion, "compromise with evil strengthens evil."

Zoe was not one of those who enter into such compromises. Power is understood and reacted differently.  Conditions were harsh in the prison: poor diet, lack of medical care, and there was a constant surveillance.  However Zoe's husband, writer Felix Lights, had the opportunity to come to her, and had lived in Ust Cana.  And his return to Moscow. But once she gets home from the hospital a letter from her daughter (also named Zoe): "Mommy, look how God loves us - today arrested the father and today was born Timothy (second grandson Krahmalnikovoy. - VI).

Felix Lights, the author of several novels demonstrating faith in Christ, in Soviet Russia, was also convicted of a political Article.  He was sentenced to exile for "humanitarian reasons", as stated in the verdict. "However," - later wrote Zoe - "his elderly sick man dragged through seven transit prison, deliberately drove in the opposite direction to torture in phases, and then brought in handcuffs at the last prison and kept there in the interrogation chamber to wrest from him renunciation."  Renunciation followed.  A month after the trial, punitive bodies burned archive Svetova, letters to his dead mother and his dead wife, letters to him other writers, books, manuscripts and drafts.

It was a sophisticated place not only him but Zoe Krahmalnikovoy.  Posted in prison, Felix was reunited with his wife in another village of Gorno-Altai region - Ust-Cox (later in Moscow, they separated.)

In March 1987, Zoe and her husband were offered a chance to petition for clemency.  They refused. Then she wrote about it: "We could go free, to return home to our children and grandchildren.  We were offered in exchange for the freedom to give the assurance that we will not break the law.  So, implicitly acknowledge that we violated , confessing his faith, and, therefore, recognize the rights of those who were "enforce the law", and trample it, trampling and killing himself and his conscience ...  We would like to forget about trading, which does not want to participate. We gave it up, not because they could not forgive the atrocities against us harmless under the law. Not because they could not forgive the absurdity of evil and lies.  We knew that without God, no one could do us harm.  Therefore, recalling the tears of children, arrests, searches, the inhumanity of satanic deception and satanic drivel disguised agony, we tried to take them as the will of God."

As a result, they were kept in exile until July 1987, when the restructuring occurred and all political prisoners were pardoned.  And in July, he said: "You can go where you want."  Practically all his life by the time they departed. 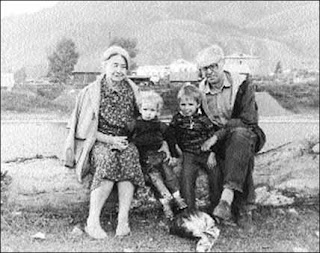 About the Author: Vladimir Ilyushenko - historian, writer and publicist. The host of "discussion" in the Christian church-channel (radio "Sophia"). Member of the Moscow Union of Writers. Author of books: "Father Alexander Men: Life and Death in Christ" (Moscow, 2000), "Slow Music" (Stihi. Moscow, 2002), "National radicalism in Russia. From nationalism to neo-Nazism" (M. , 2007).

Bitter Fruits of a Sweet Captivity*

What Is Spiritual Sergianism and Its Fruits

The Break with Tradition

The Dark Shadow of Sin and Decay

The Dire Need of Enlightenment in Russia and the West

You Can't Vanquish the Church by Crucifying Her Flock